What Is the League of Women Voters' Mission?

The League of Women Voters, a nonpartisan political organization, encourages informed and active participation in government, works to increase understanding of major public policy issues, and influences public policy through education and advocacy. 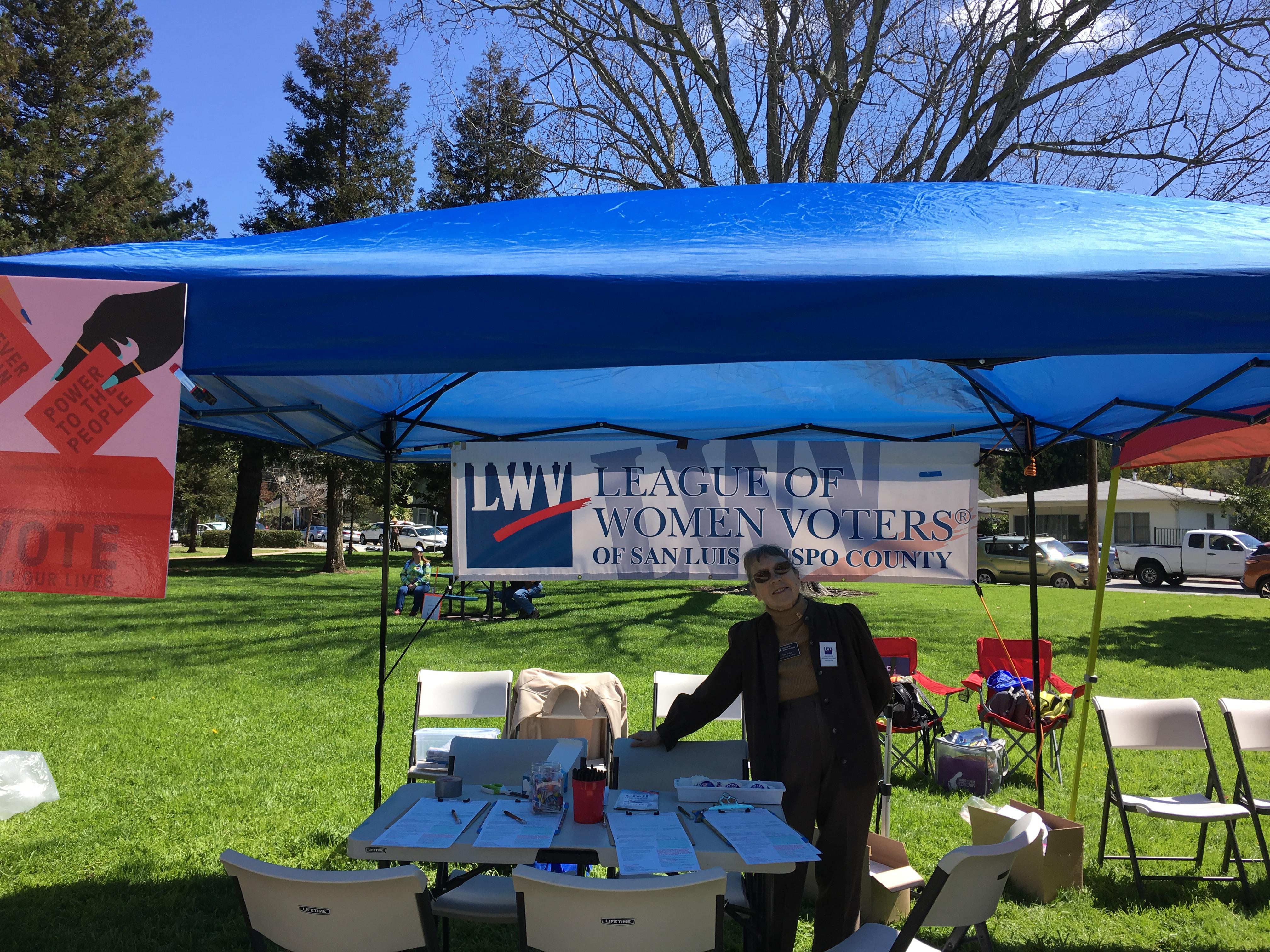 What is our Vision?

The League of Women Voters' goal is to empower citizens to shape better communites worldwide.

We are a nonpartisan political membership organization, which:

What are our Principles?

We work at the local, state, and national level to develop and implement our Program.

The League of Women Voters believes...

What Does the League Do Now?

The League of Women Voters is a peoples' organization that has fought since 1920 to improve our government and engage all Americans in the decisions that impact their lives.  We operate at national, state and local levels through more than 800 state and local Leagues, in all 50 states as well in DC, the Virgin Islands and Hong Kong.  We never endorse or oppose political parties or candidates, but we are political.

Formed from the movement that secured the right to vote for women, the centerpiece of the League’s efforts remain to expand participation and give a voice to all Americans. We do this at all three levels of government, engaging in both broad educational efforts as well as advocacy. Our issues are grounded in our respected history of making democracy work for all Americans.

Why Should I Support the League of Women Voters?

The League is different from many organizations in that what it accomplishes comes directly from the involvement of its members. It is a grassroots organization providing every member with opportunities to learn and educate others about government, and take action on public policy. We walk our talk: we believe that we need everyone to participate in order for our community to be strong, safe and vibrant. Whether you contribute your time, your money, or both you can feel confident that your investment in democracy goes further in the League.

Groups of League members meet to discuss topics in a respectful setting. They learn effective techniques for public discussion, how to advocate on specific policies, and what the issues beneath the rhetoric are. Our study and consensus process ensures that we are fully informed on issues before we take a stand. We also host public forums and debates which are well known for being fair, transparent and civil. This approach has earned the League a global reputation for integrity and thoroughness.

Your participation in League will expose you to a breadth of experiences and issues that will not only inform you but create greater possibilities for civic engagement than you might imagine. You can spend as much or as little time as you wish. Whether you aspire to leadership or are keen to follow the lead of experienced members, the League will excite, use, and nurture your civic curiosity, ideals, or desire for action. We offer our members webinars, conference calls, workshops, other events and mentorship opportunities throughout the year, at the local, regional, state and national levels.

What is the History of the League of Women Voters?

In her address to the National American Woman Suffrage Association's (NAWSA) 50th convention in St. Louis, Missouri, President Carrie Chapman Catt proposed the creation of a "league of women voters to finish the fight and aid in the reconstruction of the nation." Women Voters was formed within the NAWSA, composed of the organizations in the states where suffrage had already been attained. The next year, on February 14, 1920 - six months before the 19th amendment to the Constitution was ratified - the League was formally organized in Chicago as the national League of Women Voters. Catt described the purpose of the new organization:

"The League of Women Voters is not to dissolve any present organization but to unite all existing organizations of women who believe in its principles. It is not to lure women from partisanship but to combine them in an effort for legislation which will protect coming movements, which we cannot even foretell, from suffering the untoward conditions which have hindered for so long the coming of equal suffrage. Are the women of the United States big enough to see their opportunity?"

Maud Wood Park became the first national president of the League and thus the first League leader to rise to the challenge. She had steered the women's suffrage amendment through Congress in the last two years before ratification and liked nothing better than legislative work. From the very beginning, however, it was apparent that the legislative goals of the League were not exclusively focused on women's issues and that citizen education aimed at all of the electorate was in order.

Since its inception, the League has helped millions of women and men become informed participants in government. In fact, the first league convention voted 69 separate items as statements of principle and recommendations for legislation. Among them were protection for women and children, right of working women, food supply and demand, social hygiene, the legal status of women, and American citizenship.The League's first major national legislative success was the passage of the Sheppard-Towner Act providing federal aid for maternal and child care programs. In the 1930's, League members worked successfully for enactment of the Social Security and Food and Drug Acts. Due at least in part to League efforts, legislation passed in 1938 and 1940 removed hundreds of federal jobs from the spoils system and placed them under Civil Service.

See the History section of the League of Women Voters of the US website.