Our first President, Mabel Washburn's statement on League of Women Voters of Connecticut purpose in 1921.

What you need to know about April's Presidential Primary

We are the League of Women Voters!

The League of Women Voters mission is Empowering Voters and Defending Democracy.  For almost 100 years, we have been a champion for our Democracy and encouraged citizen engagement with their government.

LWVCT is honored with the CT Suffrage Centennial Award

Connecticut Suffrage Centennial award given to the League of Women Voters of Connecticut for outstanding contributions to voter participation, building a healthy and inclusive democracy, and advocating for women's equality.

LWVCT partners on candidates debates to get election information to the public.

Help us engage citizens of all ages! Donate today!

Help us continue to offer opportunities for education on the important issues of the day and training on how to take action.

League activists at the Capitol

League events attract citizens who want to learn more about their government.

LWVCT is proud to work with the Secretary of the State's Office to provide a link to online voter registration. 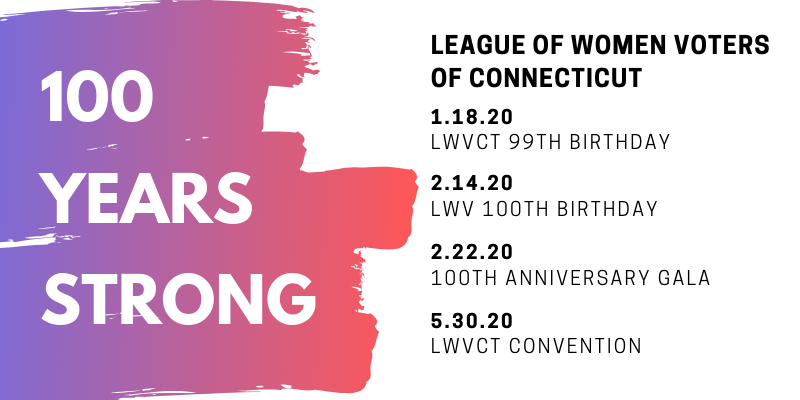 THE HISTORY OF THE LEAGUE OF WOMEN VOTERS

Thank you for an evening of celebration and inspiration! 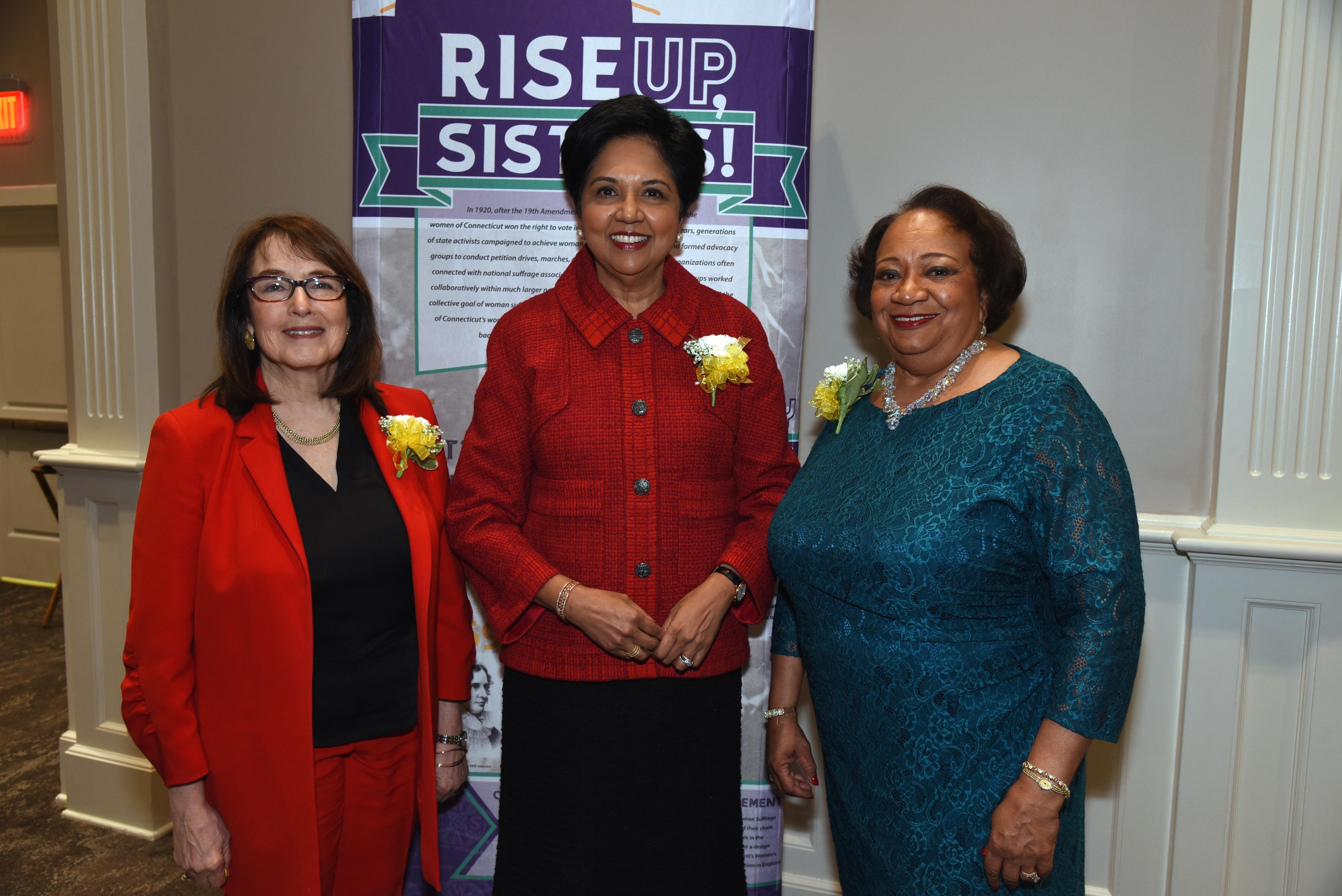 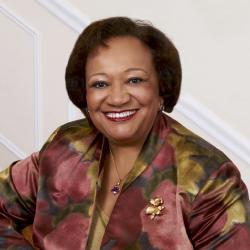 Juanita T. James joined the Community Foundation in 2011. As President & CEO, she is responsible for advancing the organization’s mission of promoting philanthropy to create systemic change in Fairfield County, fostering a vital and inclusive community where every individual has the opportunity to thrive. She is currently a Director for Asbury Automotive Group, First County Bank, Rockefeller Philanthropy Advisors, and CFLEADS. She is also a Vice-Chair of the Board of Trustees at Lesley University, a Trustee Emerita of Princeton University and a former Trustee of the University of Connecticut. 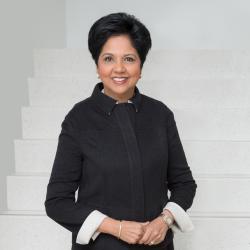 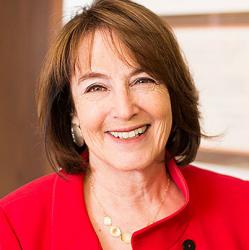 Nancy Gertner is a professor at Harvard Law School. From 1994 to 2011, she was a federal district court judge in Massachusetts, appointed by President Clinton. She taught for over a decade at Yale Law School and for two decades was a criminal defense lawyer, civil rights, and women’s rights activist. Gertner has taught with American Bar Association’s Central European and Eurasian Law Initiative (and now sits on the advisory board) and Yale Law School’s China Project, among others. Her honors include ABA’s Margaret Brent Award, ABA’s Thurgood Marshall Award, and the National Association of Women Lawyers’ Arabella Babb Mansfield Award. Her writings include her 2011 autobiography, In Defense of Women. She is presently working on a judicial memoir entitled Incomplete Sentences: Judging, Guidelines, and Gangs (Beacon Press, forthcoming). 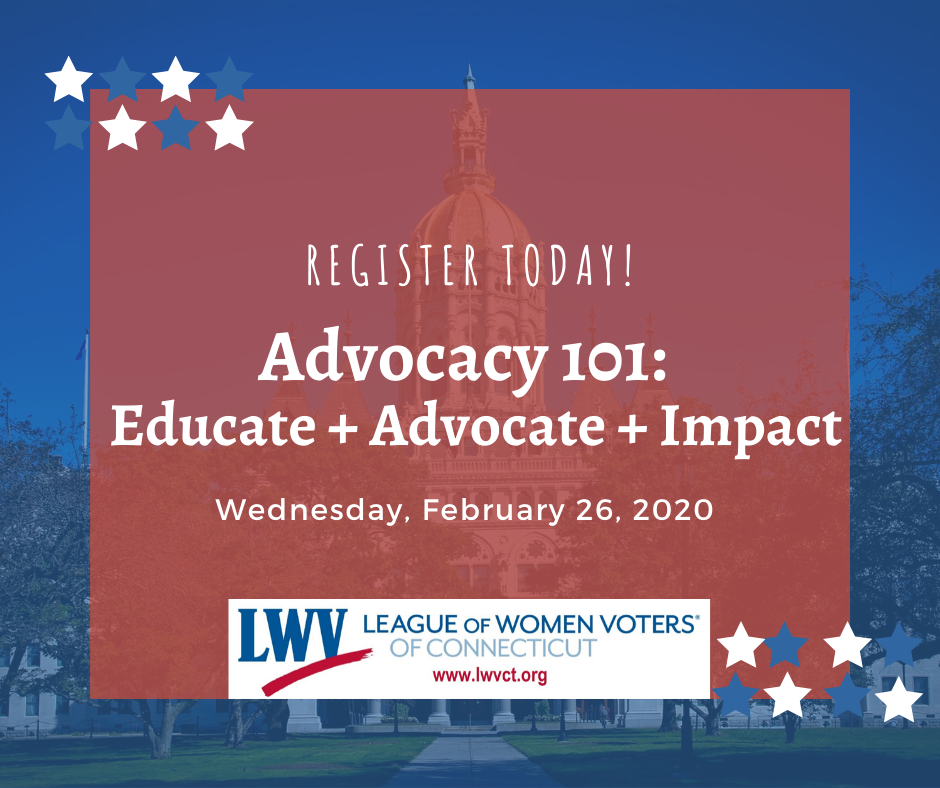 Educate + Advocate + Impact is a *FREE WORKSHOP* on Wednesday, February 26, 2020 designed for League members and others who wish to learn more about the legislative process, LWVCT legislative priorities, and members' potential role as a subject specialist or advocate on issues. Our Legislative Consultants will introduce us to the legislators, committee and commission members who will be speaking. The team will also show us some features of the www.cga.ct.gov website and of their own website.

Even though the workshop is free, seating is limited and registration is required!
After the workshop, join others for lunch in cafeteria and make plans to visit your legislators.

Staff from LWVCT's Capitol Information and Tours (CIT) will also be available to give a tour of the Capitol. Please indicate your interest in taking this tour when you register for the workshop.   CLICK HERE TO REGISTER!

LWVCT is proud to be part of the newly launched People Powered Fair Maps Campaign. The League of Women Voters, one of the country's largest & oldest non-partisan voter advocacy organizations, is launching a "multi-million-dollar, multi-year" effort to end discriminatory gerrymandering, the practice of drawing electoral maps for political gain.

Join the effort here in Connecticut by contacting us at lwvct@lwvct.org.

LWVCT is working coalition with other organizations to make sure that Connecticut get the best Census count in 2020.  You can help too!

The American Library Association has published it’s guide, Preparing My Library for the 2020 Census. Each census cycle, the ALA provides a tip sheet for libraries to use in preparing for the Census. This year, LWV is specifically named as a reliable community group doing work in this space.

The League of Women Voters of CT encourages informed and active participation in government, works to increase understanding of major public policy issues, and influences public policy through education and advocacy.

Voter information is what the League of Women Voters does best!  We designed VoteCT.net to help both new and experienced voters in Connecticut find information for all elections. It includes information for upcoming elections, access to info on registering to vote, who the candidates are, voting by absentee ballots, voting at the polls, and working at the polls. All in one spot!

CEProud is a three year commitment (2016-2019) by LWVCT to raise awareness of the Citizens' Election Program, Connecticut's model program for publicly financed campaigns.

BACK TO TOP t

Congressional districts and government legislative bodies should be apportioned substantially on population. We oppose partisan and racial gerrymandering that strips rights away from voters.
Read more

On the occasion of its 100th Anniversary Gala in February 2020, the League of Women Voters of Connecticut is thrilled to honor Indra K. Nooyi, Former Chairman and CEO of PepsiCo, and Juanita T.

Hamden, CT – The League of Women Voters of CT congratulates State leadership and regional foundations for finding at least $1million to support grass-roots efforts to make sure every resident of CT counts in the 2020 census.

League Of Women Voters of Connecticut

League of Women Voters ® of Connecticut