"The League of Women Voters ABC (Anoka, Blaine, Coon Rapids) has been working hard to educate the community and prepare voters for important elections.

In 2018, the league held numerous voter forums in the metro including meetings in New Brighton, Columbia Heights and Fridley..." READ MORE

"The League of Women Voters hosted a forum at Fridley City Hall on Aug. 30 to give voters a chance to get to know the candidates.

"Voters can get an early start on learning about their local candidates for this fall’s election at a series of events hosted by the League of Women Voters ABC.

Absentee voting by mail or in person begins on Sept. 21..."  READ MORE 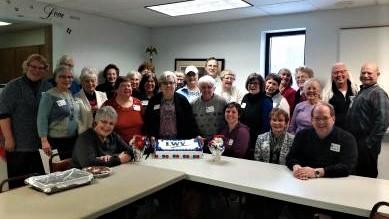 President Jeorgette Knoll welcomed members and visitors and noted the revived interest in civic engagement that has recently grown the organization to its current 78 members..."  READ MORE 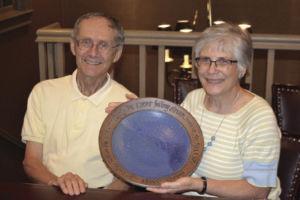 "Each year Clean Up the River Environment (CURE) honors individuals, organizations or government agencies that have worked in an exemplary manner to carry out CURE's mission with the RiverKeeper Award. This year, CURE celebrates its 25th year as a grassroots nonprofit in rural Minnesota, and with Governor Dayton's focus on clean water initiatives throughout the state, Darby and Geri Nelson of Champlin, Minnesota, were chosen as the 2016 RiverKeepers...."  READ MORE

Observer Group Keeps Tabs on Anoka County Board, Leading to a Policy Change

"The two-word agenda item tucked at the end of a recent Anoka County committee meeting spoke volumes to the few observers lining the walls, clipboards in hand. That brief item, which listed "public comment" as the final order of business, tapped into one citizen group's broader beef with county officials about government transparency...."  READ MORE

LWV Takes County Board to Task Over Legal Notices

Susan Anderson, president of the LWV ABC chapter, made a presentation at the County Board's Management Committee meeting..." READ MORE 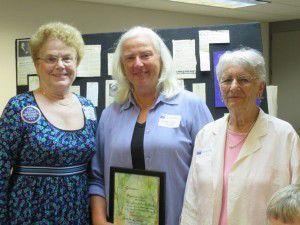 From early members who joined seeking stimulating conversation beyond their stay-at-home roles to newer members seeking diversified topics beyond their careers, a common refrain was, 'I joined the League and it changed my life.'..." READ MORE 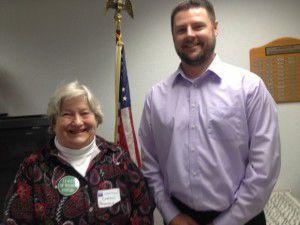 "Brian Williams, the resource development coordinator for Anoka County Parks and Recreation Department, shared the many volunteer activities that his office has coordinated over the past year at the January meeting of League of Women Voters ABC.

'It could be a youth group, a corporate group looking to do a team building activity, a Boy Scout proposing an Eagle Scout project or individuals - we're now in a position to match community volunteers to a fulfilling volunteer experience on a one-time or an ongoing basis,' Williams said..." READ MORE